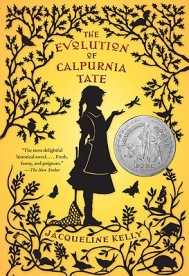 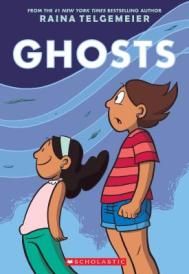 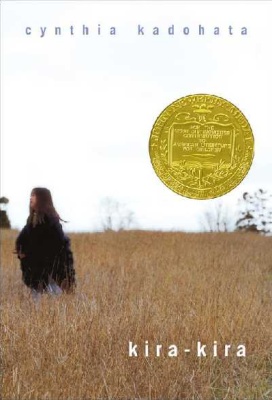 You may or may not know by now that I work during the day as a middle school librarian. Back in September, I challenged myself to read 20 young adult books before the end of 2016, and as of this morning, I completed my goal — with a comfortable two week cushion, I might add.

I work at a Title I school, and my students were one of the primary inspirations for our Droplet series on young adult and children’s literature. In my school district, about 30% of the students speak Spanish as their first language, and a huge percentage are first generation immigrants from Guatemala and Mexico. The rest of the population is primarily white, and primarily living below the poverty line — one of the qualifications for a Title I school is that more than 70% of the student body qualifies for free or reduced lunch, a startling number for those who aren’t living and working in these areas of the country. The result is an amazing, often difficult, always fascinating cultural exchange between poor, white, working class Americans (read: typically republicans, the people who made up the majority of Trump’s voter base), and immigrants who arrive in this country hoping for a life that will be safer and more fruitful for themselves and their children.

This is all a long-winded way of saying that I think, more than ever, we need young adult and children’s literature that addresses the very real situations that children across the country are experiencing every day in their schools and communities. I think the children of immigrants deserve books that speak to their experiences. I think the children of white Americans should be encouraged to read and hear these voices, and see what they can discover. I think, no matter the reader, that our literature should reflect the diversity of our nation, whether it’s written for adults or for children.

And now, finally, I get down to the good stuff: a curated list of young adult books that I read in the past few months, or which I plan on reading in the next few months, that address all of these issues and so many more. Please, gift them to your most conservative family members this holiday season.

This book by Kadohata is a beautiful narrative about a young Japanese-American girl named Katie Takeshima whose family moves to southern Georgia so her parents can make a living working at a chicken hatchery. The Takeshima family struggles through poverty, discrimination, and illness, all while Katie learns about how to find beauty in the world for herself and for her family.

The Evolution of Calpurnia Tate by Jacqueline Kelly

Kelly created an incredible, hilarious inspiration for young girls interested in science and exploration when she dreamed up Callie-Vee, or Calpurnia Virginia Tate, the only daughter in a family of seven children. Calpurnia isn’t particularly interested in being the proper daughter her mother wishes for, and instead follows her cantankerous naturalist grandfather on his walks around their Texas property, sees Darwin’s theory of evolution in practice, and butts up against cultural expectations of women at the turn of century.

I can’t keep any of Raina Telgemeier’s graphic novels on the shelves in my library, but I think of all of her books, Ghosts is the best to date. It follows two sisters, the younger of whom suffers from cystic fibrosis, on a day of the dead adventure in a new town in Northern California, where they discover the beauty of memory, family, culture, and come to terms, in some really startling ways, with death. 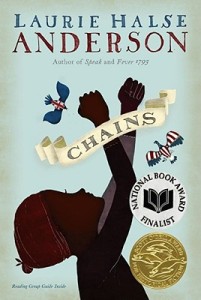 This series by Laurie Halse Anderson is at the top of my to-read list for next year. It tells the story of two brave sisters during the Revolutionary War, who are promised freedom by their owner but find themselves struggling against a system that wants to keep them in chains. Chains is the first book in the series, followed by Forge and Ashes.

The Miseducation of Cameron Post by Emily M. Danforth

Also at the top of the to-read list is this book by Emily M. Danforth, where a young girl in Montana in the 1990s comes to terms with her sexual identity after the death of her parents, when she is sent to live with her grandmother and ultraconservative aunt, falls in love with her best friend, and experiences a religious conversion camp firsthand.

Like what you read? Join our book club to receive our most recent reviews in your inbox once a month, or follow us on Twitter @DrizzleReview for regular updates and literary musings.