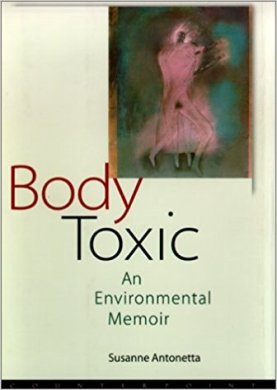 This review is part of our special issue on books from and of rural America. For more on this theme, check out the issue here.

“We are the Roof Dwellers, the People Who Speak in Darkness; we’re also the DDT People, the Drink-Cadmium People, the Breathing Isotope People.” (137)

How do we think about our bodies? As moving systems of bone and muscle? As vessels to hold our brains in, or a shell to decorate and present to the world? In an article about politics and our fears about the fragile positioning of our own bodies, philosopher and bioethicist Joel Michael Reynolds writes: “… here’s the catch. We aren’t trapped in our bodies. We are our bodies, as philosophers from Frantz Fanon to Simone Beauvoir have argued. These changing, leaky bodies afford us opportunity and choice. If static or permanent, they’d be less bodies and more stones or gods. To be sure, bodies marked by racism, sexism, cisgenderism, classism, and ableism get trapped.”

It is this kind of entrapment that inspires Susanne Antonetta, for whom the body is a history of many other bodies, of many places, a catalog of slow leaks and warped genes. In her memoir, Body Toxic, she writes about her own body, and through that writing uncovers the bodies of her parents, her cousins and siblings, and the summer home they made together in the rural Barrens of New Jersey, where they picked berries and fished from run-down dinghies while a local nuclear power plant released record levels of radiation into the atmosphere and toxic waste contaminated the groundwater.

As the memoir continues, Antonetta’s bodies and the bodies of her family merge with the polluted landscape – like the land and its name, Antonetta’s body is barren. Tumors grow. Brains misfire.

Underneath this narrative about bodies and families is a troubling political narrative about the earth, how we treat it, and who gets exposed to the lands ruined and discarded by American industry. Antonetta writes:

“Environmentalists talk about ‘sacrifice communities’ – what the Citizens Awareness Network calls areas ‘generally poor and rural’ chosen to house our toxic waste and nuclear power. Our area had pineys and immigrants, and to the latter the place just looked like America: uncrowded, unclaimed, able to glow in the right light. Until recently you could buy a decent piece of and in Berkeley Township for a few thousand dollars. The median household income in 1990 was $23,000. We were chosen, in a way that sounds almost like a religious calling.” (26)

About her own life and the history of her family, Antonetta writes with the attention and meticulousness of a researcher. But this book is also a lyric, and a diary, and an investigation into the chemical composition of bodies exposed to hazardous waste. It is an expose on American values, through an intensive investigation into the places and the people that have been left behind. These people are both white and non-white. They are immigrants and they have lived on this land for generations. Their difference is forgotten in the similarities that make them prime targets for this kind of use: they are poor, they are widely dispersed, they have limited access to healthcare and legal counsel – in essence, they are too busy surviving to notice what’s being dumped into the bay.

Like a biologist, Antonetta focuses her microscope until what is revealed is irrefutable – a soft glow which comes from the tissues in her own body. Her story begins with a family, and with a landscape, beautiful and undeveloped and open, and is whittled away to reveal a dozens of secrets: chemical compounds and toxicity, water samples, corporate greed, mental illness, degenerative disease, and ultimately, a deep desire to look in any direction but the one where every sign is pointing.

In this memoir, Antonetta is a poet, but her lyricism only enhances a story that always had great depth. Unlike the other members of her family, Antonetta is not willing to sit in the dark.